Scotland has over 30,000 lochs, and Loch Ness is probably the most famous due to the legend of the Loch Ness Monster, affectionally known as Nessie. Our first stop on our five week European adventure was a beautiful bed and breakfast on the shores of Loch Ness, before heading north to visit our friends in the Backies.

We had planned on arriving in Edinburgh early enough in the day so we could drive north while it was still light. However, our airline decided to put my suitcase on a later flight, which meant we didn’t even leave Edinburgh until late afternoon. It is a three hour drive from Edinburgh to Loch Ness, and just to add to the adventure, a storm had arrived bringing high winds and heavy rains. We took several wrong turns, nearly had a head-on collision in a round-about, but after a four hour drive, we finally managed to find our B&B. When I got out of the car, I felt like I was in the scene in the movie “Waking Ned Divine” when Jackie and Micheal delivered a plate of food to Ned. The rain and wind were insanely intense! But we were greeted warmly by our hosts, and were relieved to have arrived safely. My husband did a great job driving in the storm, and driving on the opposite side of the road!

Balachladaich is beautifully situated just steps from the south shore of Loch Ness. Our room had a view of the loch and the surrounding area. We woke up the next morning to sunshine, a welcome change from the storm of the previous day. 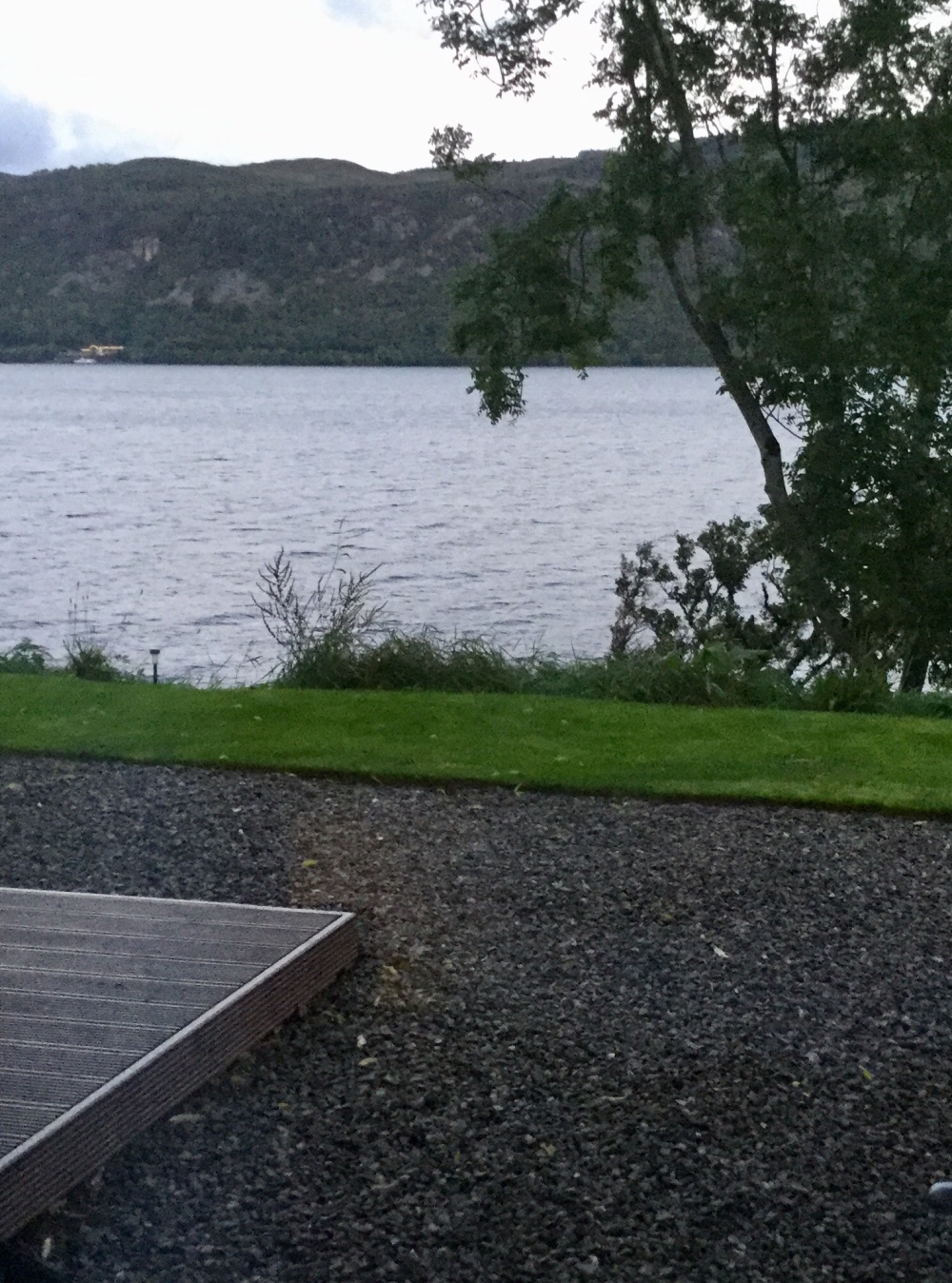 After a delicious, full Scottish breakfast, we took off to explore the area. Things certainly look different in the daylight! To say the area is beautiful is an understatement.

We took a drive along the loch and stopped at an old church with a graveyard. 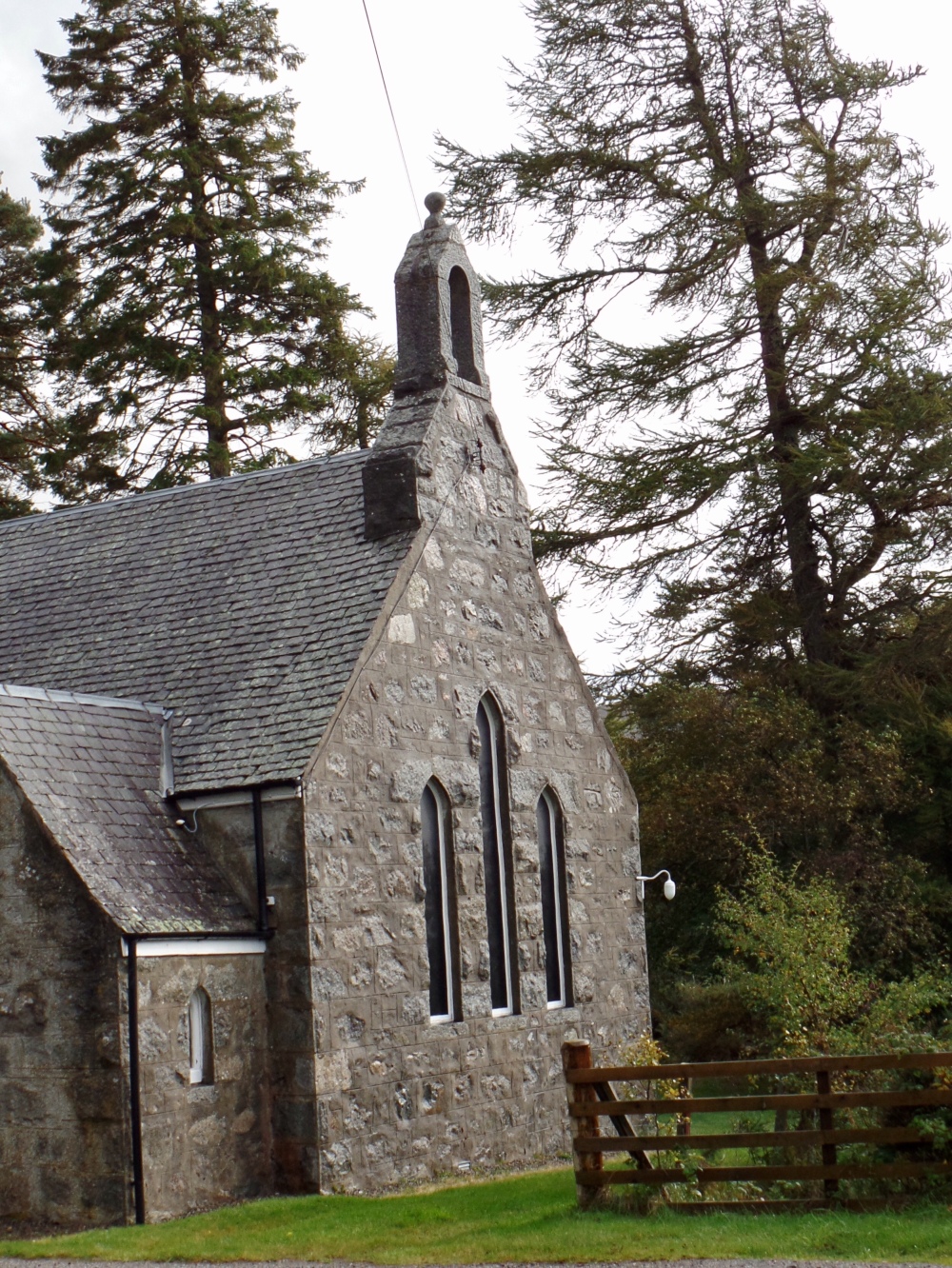 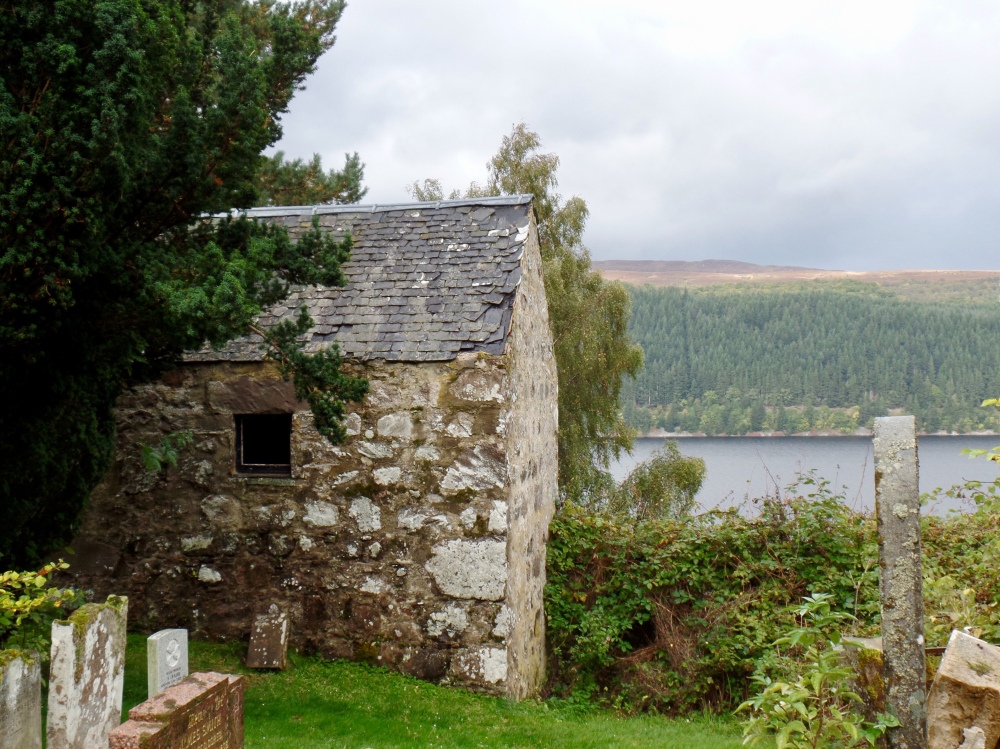 We walked along a stretch of the South Loch Ness Trail, a 28 mile long trail, that offers stunning views of the loch. 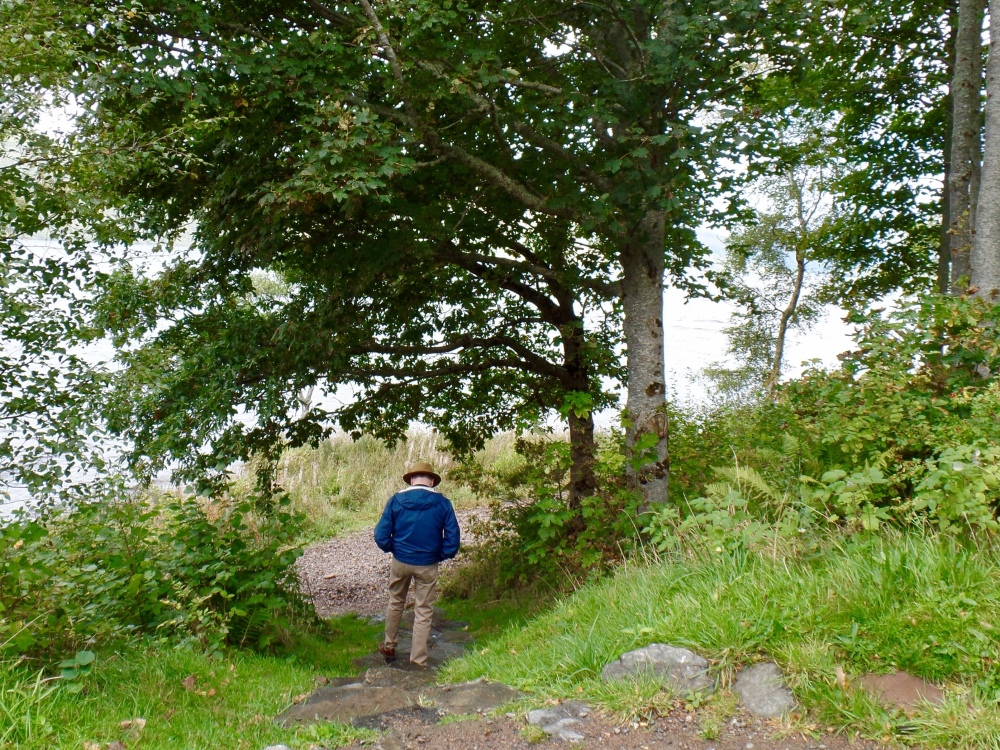 We visited the little hamlet of Inverfarigaig, where we stopped for tea and a scone. 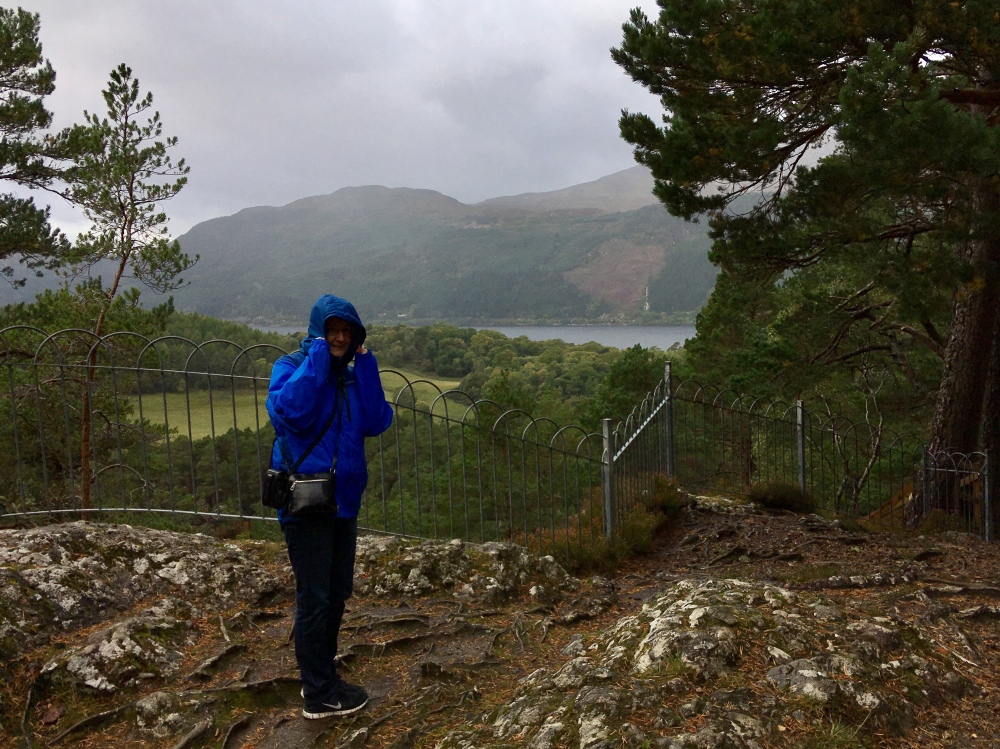 The village of Dores is not far from Balachladiach, and has a nice beach. The Dores Inn has an excellent restaurant. I had salmon in a leek and pea sauce. Yummy! 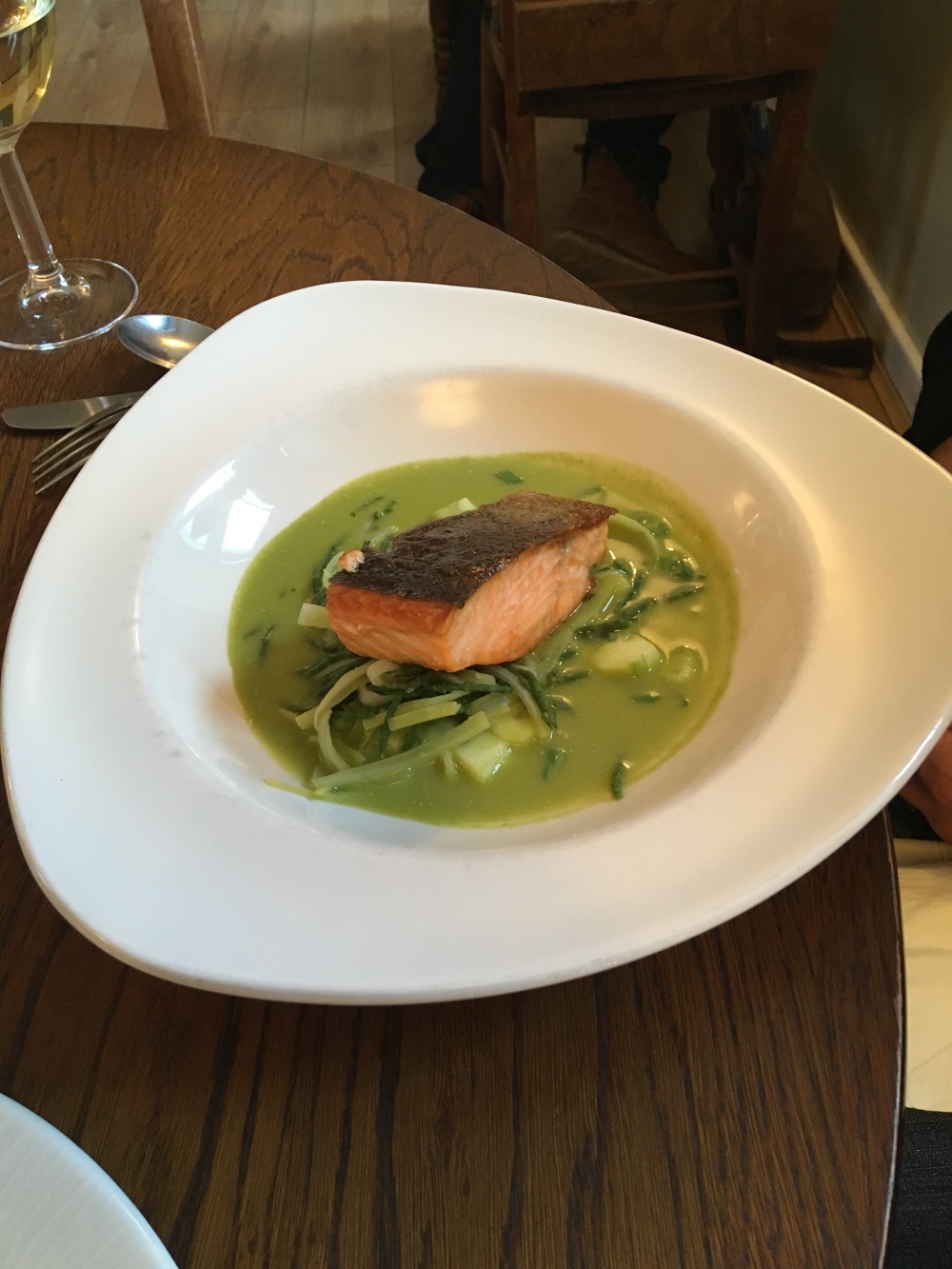 As we loaded the car the next morning to head north, I took one last look at the loch, hoping to catch a glimpse of Nessie, but she was as elusive as ever. Maybe next time.