The beautiful city of Nice, located on the French Riviera, was founded in the 4th century BC by the Greeks, and was once part of Italy. It has an interesting history prior to becoming part of France in 1860. Today it is the home of approximately 1 million people and is a popular destination for visitors from all over the globe.

As I mentioned last week in my blog post about Eze, we visted a few years ago in October. The weather was warm and sunny so we sat in a beach cafe and watched the world go by. The beach was packed with sunbathers and swimmers. 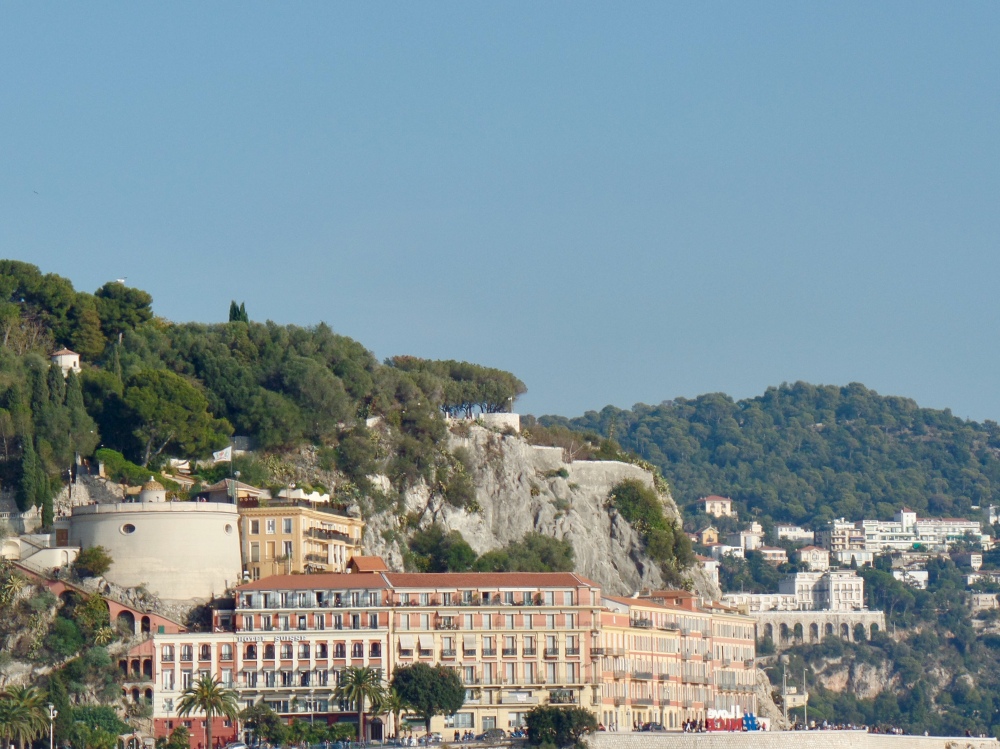 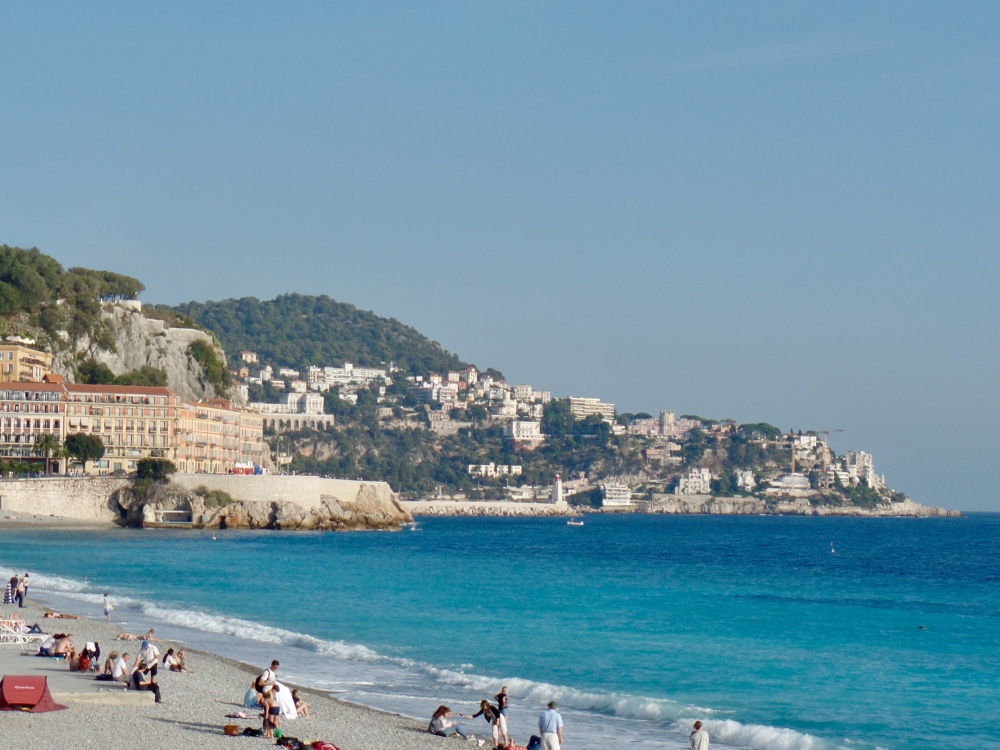 As we wandered through the narrow streets of Vieille Ville (Old Town) we noticed that the Italian influence is still present in the architecture. The narrow, twisting streets open up to large plazas that are filled with restaurants, shops, churches, fountains, families and much activity.

The seven kilometer Promenade des Anglais is a nice place to stroll and people watch. It was named for the wealthy English tourists who visited Nice in the 18th century.

You will find many activities in Nice, including museums, shopping, fine dining, beach combing, parks, cathedrals and much more.

As I have mentioned in previous posts, my husband and I have always found the French to be warm, welcoming and helpful. We stayed in an apartment during our time in Nice, and the owner actually picked us up at the airport and drove us to the apartment. He even took several detours along the way to show us points of interest. And people say the French are not friendly? Je ne pence pas!