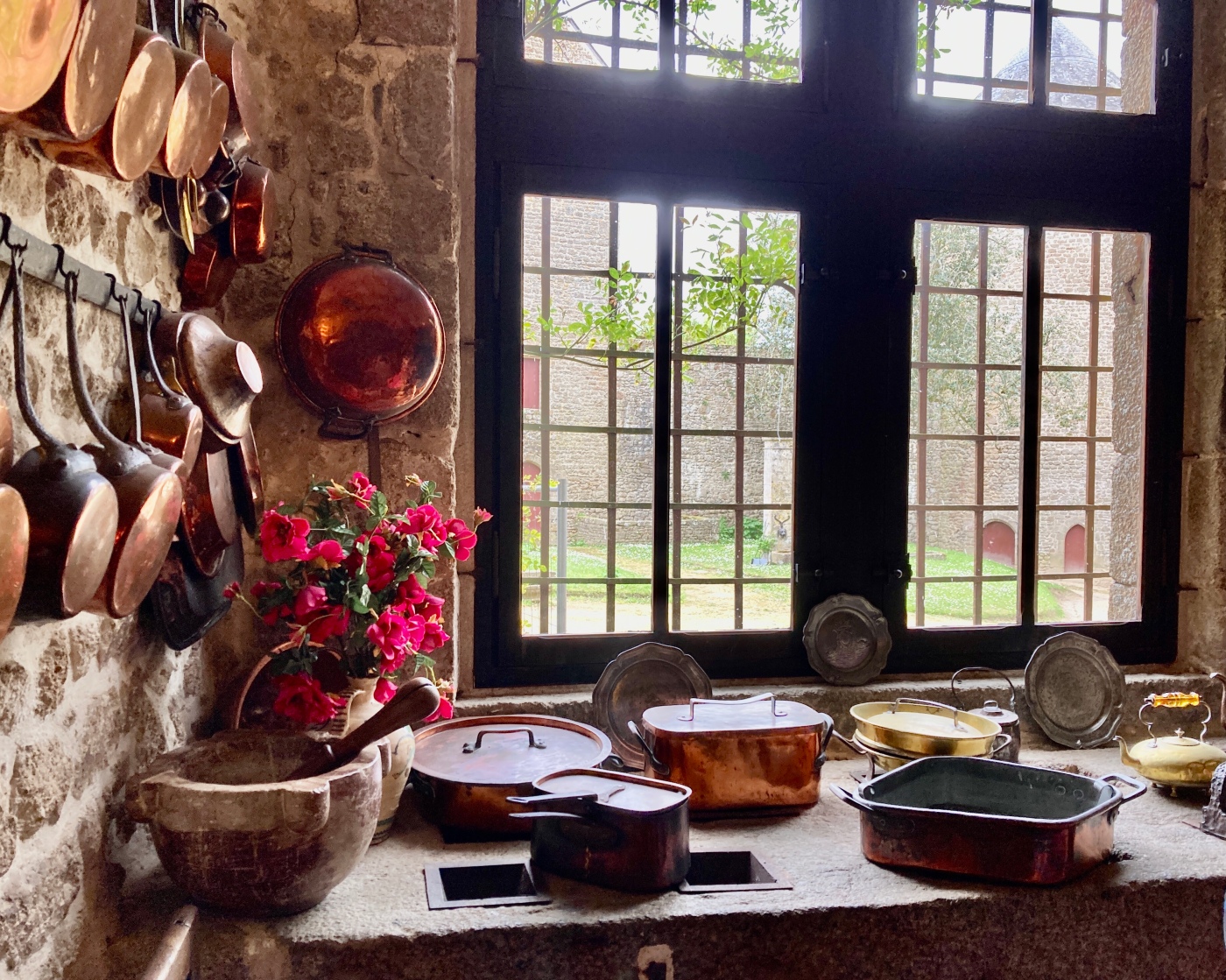 We have visited some beautiful châteaux since arriving in France four months ago, including Château de Valmer, Chenonceau, Château de Domfront, just to name a few. As I have mentioned before, some of these were built as fortresses, others as hunting lodges, and others as holiday homes, and we have seen a variety of each type.

Château de Lassay, located in the Mayenne department of Normandie, was build as a stronghold. First built in the 12th century, it was mostly demolished by French troops in the Hundred Years’ War (to keep the English from occupying it), and then re-built in just one year between 1458 – 1459. It has eight towers connected by a rampart.

We learned durning our tour that people slept sitting up. They thought their chances of death were greater if they laid down while sleeping; thus the short beds.

There were some darling little lambs on the grounds when we visited.

This castle has been a historic monument since 1862, and is open to the public from April to September for a small admission fee.

Château de Carrouges was also build as a stronghold, and later destroyed by English forces in the Hundred Years’ War. It was rebuilt in the 15th century, and additions were added over time to make it a comfortable home.

The château is decorated with portraits of previous owners, as well as furniture from the Renaissance.

The château is open year round and has a small admission fee.

Château de Canon was built during the 15th century and has passed through the hands of many families over the years. It was used mainly as a residence until WWII, when it was captured by the Germans and used as a hospital. It was badly damaged during this time, but has slowly been restored over the past decades.

This château has 37 acres of beautiful gardens to explore, and a working farm with sheep, chickens, bee hives, and much more.

The château is also open year round and has a small admission fee.

France has over 40,000 châteaux; astonishing! We’ve seen maybe two dozen at this point. They are all very interesting in their own way, and offer a lesson in French history as well.